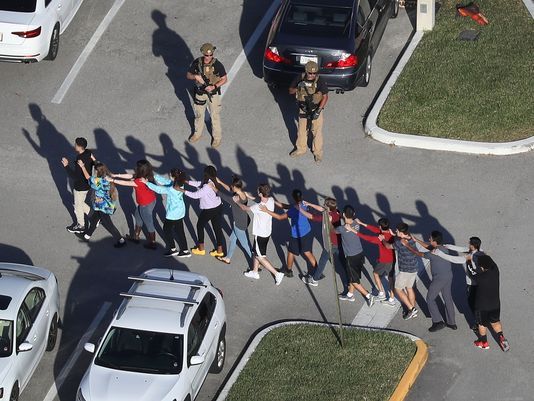 We must put the focus of preventing school violence where it belongs, not on gun control where the media and a politicians want to promote their own agendas, but on prevention and school safety. Prevention comes first so we can protect our children with measures that detect and stop school violence at the earliest possible stage.

Recent gun control legislation passed by the Florida legislature and signed by governor Scott puts the focus on gun control and not on preventative measures to halt the epidemic of school violence in its earliest stages. If we are only focusing on stopping shooters with guns from getting into schools, it means we missed numerous earlier opportunities to detect and stop violent behavior of that shooter, long before a tragic event, such as Parkland, occurs. Instead of focusing only on gun control with is the last stage of the violent behavior, the process starts with focus violence prevention programs, teacher training and security technology. If these programs are properly implemented, an active shooter incident should not happen!

On Guard International LLC has been a leader in school safety and training in South Florida since 2013 conducting vulnerability assessments and risk analysis as well as training teachers and staff at private schools. The OGI Deter; Detect; Defend approach was developed based on over 30 years of experience as a senior officer for the Department of Homeland Security. OGI provides schools with common sense recommendations that identify and prioritize the risks in order to more efficiently allocate available resources. Solutions are then crafted based on Best Practices and state of the art technology to mitigate these risks.

Since the Parkland tragedy, OGI has added prevention strategies to stop the violence in its earliest stages by empowering students to stop and report violence provoking behavior at their schools. OGI is in the process of developing a national school violence prevention campaign, NotAtMySchool.org. It is in the early stages of becoming a non-profit that seeks to empower students, especially those in student leadership, to use their influence to create “positive peer pressure” at schools to promote zero tolerance for bullying as well as promoting inclusivity by reaching out to students who are considered to be loners in a non-threatening way to show them they are valued and appreciated.

OGI is developing additional prevention strategies to empower students as they are the best source of knowledge regarding violent speech and actions by their fellow classmates, whether on or off school grounds or on social media. One key tool being developed is a anonymous cellphone application that provides students with a way to report violence provoking speech or behaviour to their school administration. In addition, OGI is researching other preventive messures such as hardening clsssrooms and less-than-lethal approaches to immeditely stopping an active shooter.

As stated earlier, I am looking for partners in developing NotAtMySchool.org into a national school violence prevention campaign. Over the past 20 years, I have had strong track record of working with NGOs to establish successful national outreach campaigns in the areas of environmental stewardship (Sea Partners; Florida Clean Marina Program) and in counter-terrorism (Operation On Guard). The latter campaign initiated after 9/11 prevented numerous potential terror attacks on the US. In March 2003, it resulted in the capture of Sayed Malik, a suspected terrorist at the port of Miami.

We must put the focus of school violence where it belongs, not on gun control but on preventing school violence and on school safety. This was the message to the media from Andrew Pollack, a grieving parent who lost his daughter to school violence at Parkland. If the media won’t and certain political interest groups won’t have a convetsation about school violence prevention because they are too busy promoting their own agendas, then it is up to us to get that message out!